selected work that I'm proud of

The new Microsoft Store on Xbox

In June of 2019, just as E3 was wrapping up, my team at Xbox prototyped an Xbox app, to prove out React Native Windows. That app would eventually come to replace the Microsoft Store on Xbox, releasing to the world in September of 2020. Built from the ground up to support a fast, console-first experience, the new store is designed to be navigated with a controller and architected with performance as the first priority.

The new store launches way way faster - as much as 600% faster than the old one, with a median cold boot launch time of 500ms.

With a 10-foot experience at top of mind, the new store is built with a set of UI components and design principles that makes controller navigation easy and seamless.

One of the first ever production apps built on React Native Windows, building and maintaining features is painless and fast. My driving mantra as I architected the developer experience was "make it easy to do the right thing," and a weekly update cadence and high user satisfaction shows that it's working. 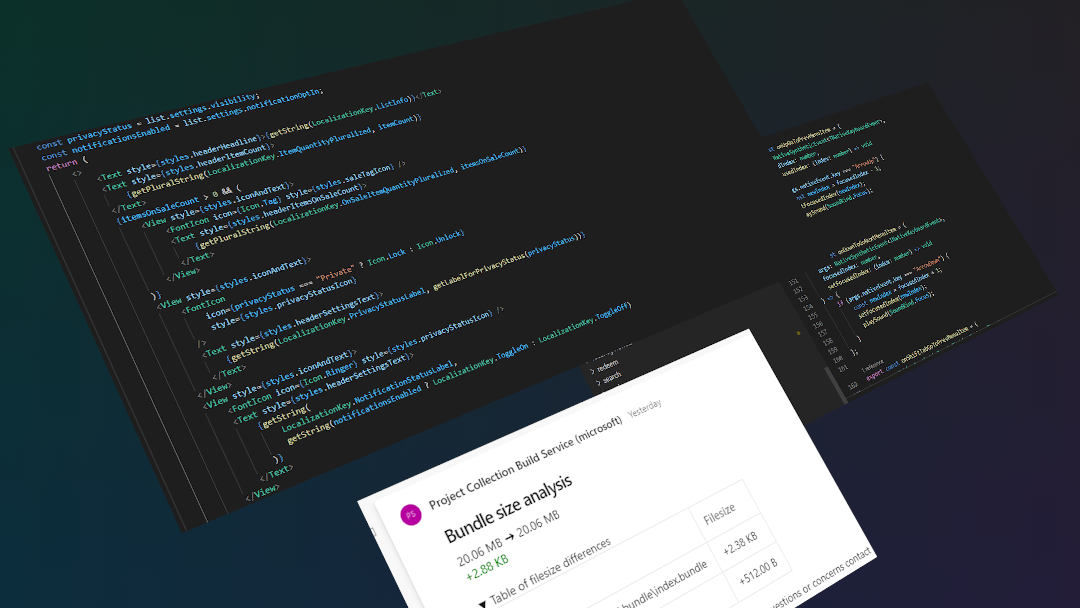 A brand new app, built on the foundational technology that built the Microsoft Store. The app allows Xbox users to discover in-game events and subscribe to notifications for those events starting.

Built on the same foundations as the Microsoft Store, Xbox Events looks intentionally similar, establishing patterns for the future of Xbox. 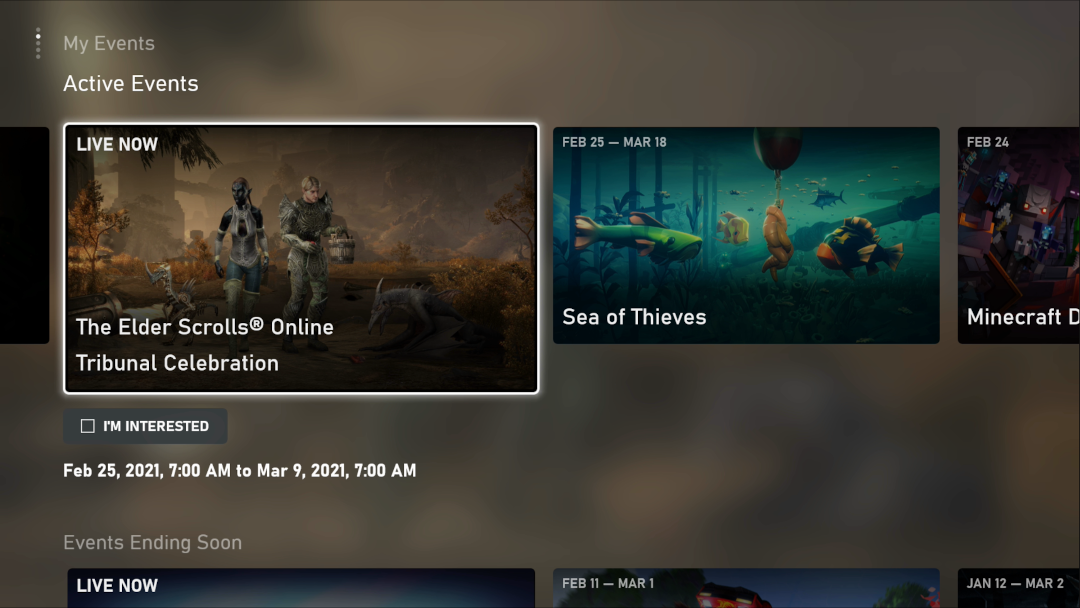 My team treats tools as first class products. UI that only publishers will ever see should still be beautiful, performant and accessible. The Xbox Events Manager, a web-based publisher tool, is a perfect example of this dedication to quality. 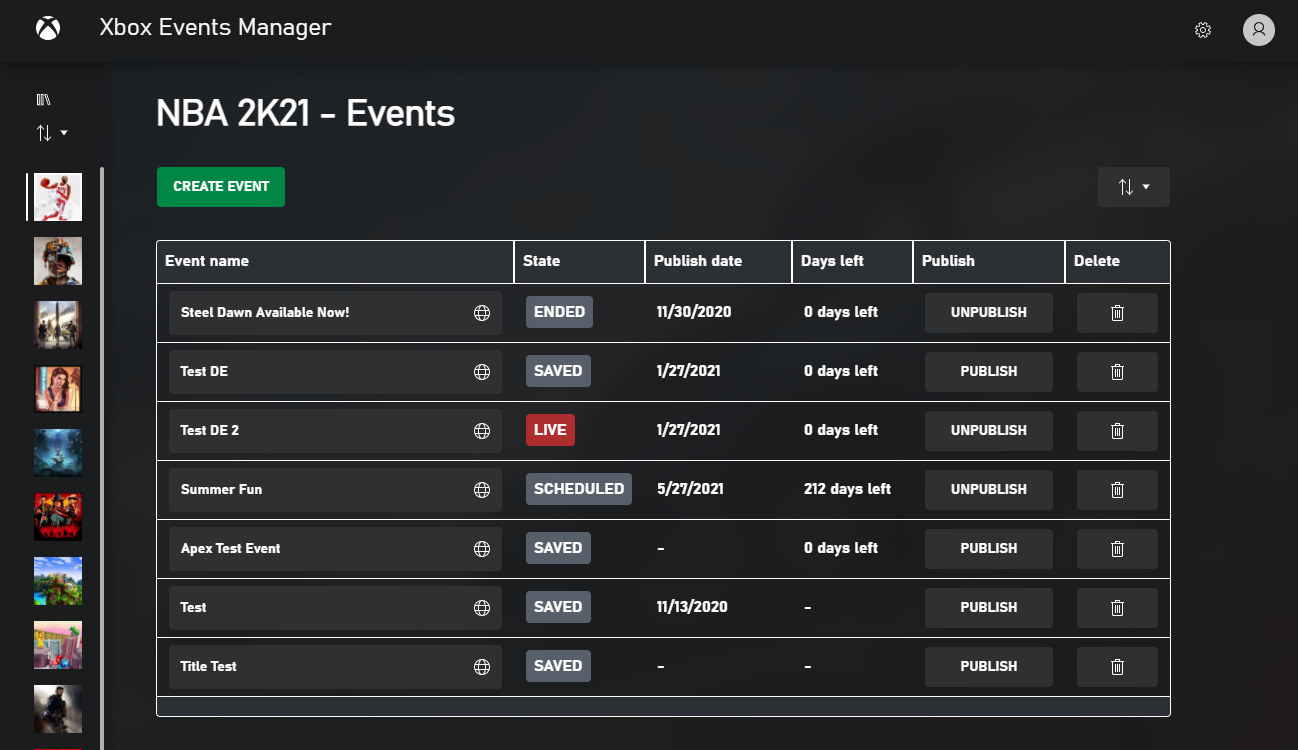 At Verve, I built and prototyped cutting-edge mobile ad experiences. I've been involved with every part of the ad building process: meeting with clients, working out the design, developing the ad itself and deciding what metrics to report on. I haven't just built the ads, but designed and developed the core framework that powered Verve's ad development and prototyped nearly every new ad format Verve introduced for 3 years.

All of these ads were built in less than 2 weeks, thanks to work I led on tools and processes that allowed Verve to offer industry-leading turnaround times.

Keeping with the creepy theme of the show, an interstitial "holiday message" shows your current location on Google StreetView to promote the new season of Black Mirror.

Banner overlay reacts to user scrolling (even in-app, using Verve's proprietary SDK integration) and brings them to an immersive map panel to find the nearest store.

Match-3 game helps you figure out your favorite Drumstick flavor.

The entire Foundry team at Verve used the ad development process and build tooling that I designed for fast design and development in a tight turnaround time. From ideation to the finished product, every step of the process is influenced by a tool I built.

sf2jira is an internal tool that listens for Salesforce webhooks, then creates and assigns JIRA tickets. It was originally a barely-functional prototype before I started at Verve, but I took it over and rebuilt it to modern standards, with test-driven development and functional components. It now uses an intelligent Constraint Satisifaction Problem solver to balance developer and designer workloads and specialties between different types of tasks. sf2jira is a core part of the Foundry infrastructure, building and assigning every ticket that we work on. 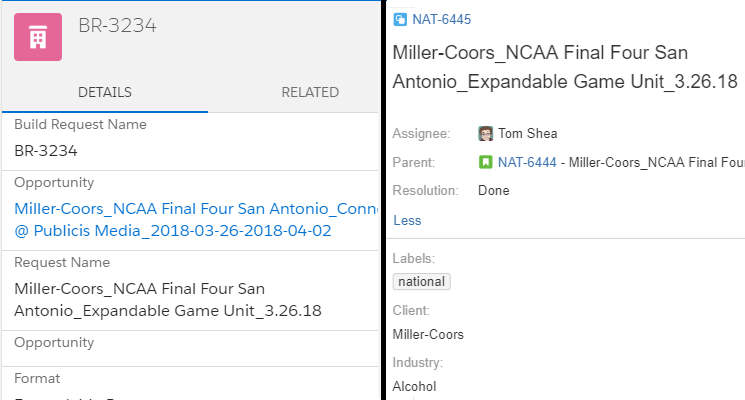 The next generation of creative framework for the Foundry team. Codenamed Hooligan because it's built on Riot, it replaces the old and unwieldy AdJS with a better experience for both developers and users. At a ridiculous 86% reduction in average ad filesize, ads render faster and take less bandwidth. Designed with reusable components and modularity in mind, Hooligan eliminates repetitive boilerplate, allowing Foundry developers to boast the fastest turnaround times in the industry. 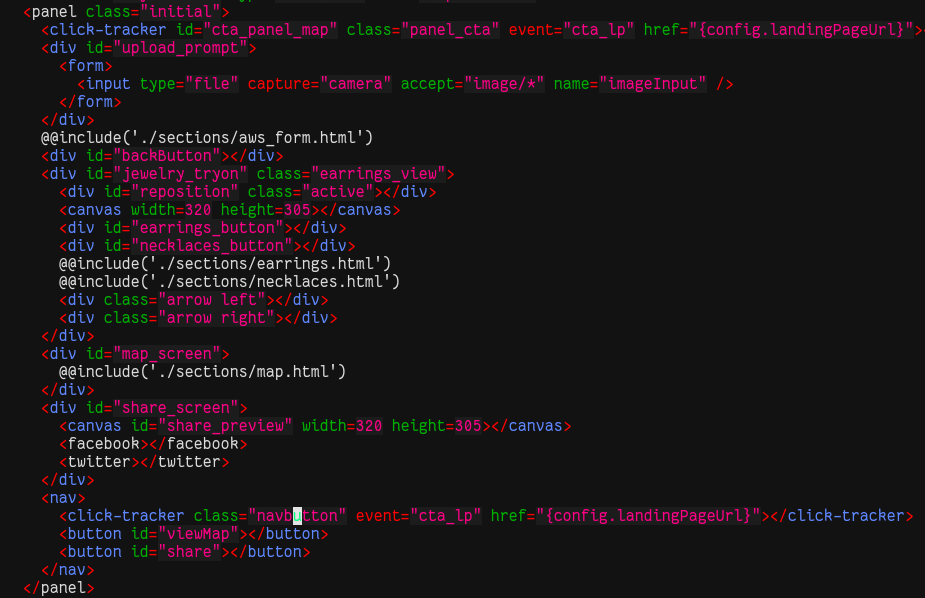 The Creative Showcase is an internal tool built to help account managers, sales and designers find existing examples of ads that we've built. It's entirely automated, pulling information from JIRA, Salesforce and internal services together to enable anyone to find whatever information they need. The frontend is built in Vue, using IndexedDB for caching and searching through creative data. 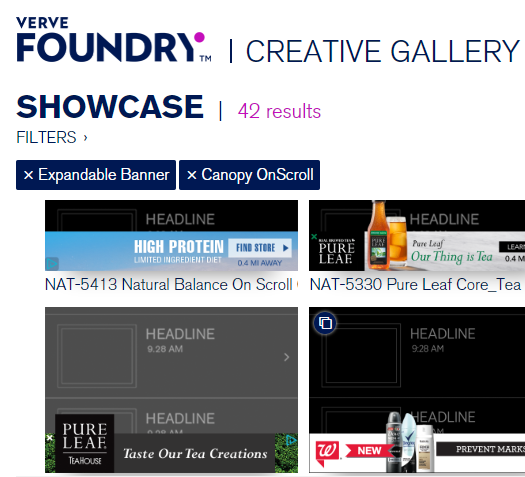 dodo is a Twitter client built to replace the now-unmaintained Chrome Bird extension. It is designed is to be a convenient, always-available timeline viewer to help keep up with news on Twitter while doing other things. It intentionally does not implement many features of twitter.com, like viewing user profiles or searching tweets and hashtags. The goal is to be lightweight and simple to use. 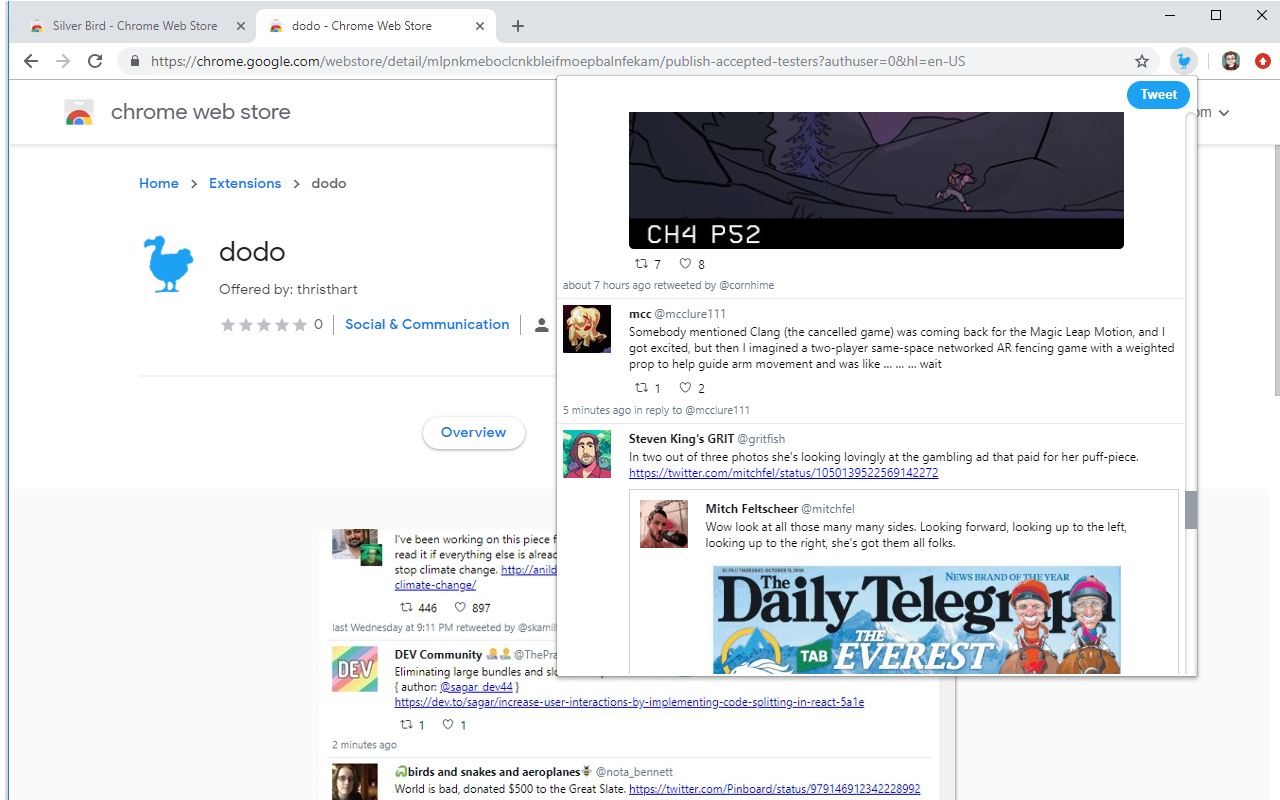 Ludum Dare is one of the world's largest and longest running Game Jam events. Every 4 months, we challenge creators to make a game from scratch in a weekend. Ludum Dare website

I've been participating in Ludum Dare competition and jam events since December 2010, when I was only just barely getting started with game development. Every time I compete I try to do something I've never done before, and so LD has strongly shaped my approach to design and development. I've learned a lot from Ludum Dare, even when my games aren't the greatest. That said, I also have quite a few games that I'm proud of, which I'll highlight here.

For a complete list of my LD games, visit my author pages on the Ludum Dare sites:

SneakyLink is a chat-based game, in which you are attempting to infiltrate a group of script kiddies, one of which is supposed to have stolen some important document. It is built on a javascript windowing engine and psuedo-chat framework that I built in the 48-hour competition, which unfortunately didn't leave enough time to finish the writing. Still, it shows off the possibilities of a game built on this fake-OS interface, which was later proven by games like Emily is Away in 2015 and Kingsway in 2017. 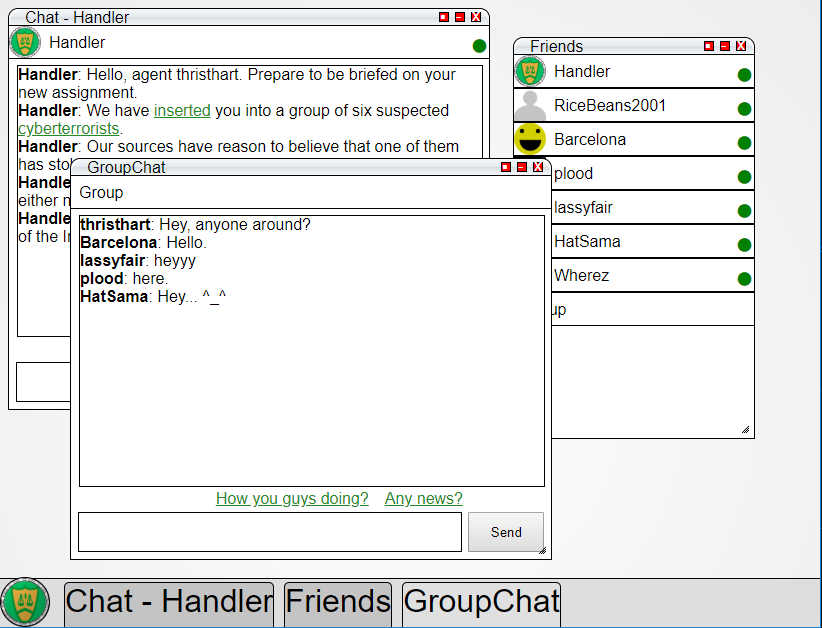 cover is an experiment in trying to put a lot of depth into an interface without ever opening any new windows or menus (thus keeping the "entire game on one screen" theme). It's also an incremental game, back from when that genre wasn't as well known as it is now and Cookie Clicker was the go-to example. I wanted to make a more physical sort of incremental game, where the resource you accumulate directly impacts the space you're playing in. The interface ended up a little confusing, but once you understand it it's pretty fluid. This game also features the dumb jokes I like to put in my LD games, like the "armory" that generates stick arms for your snowmen.

WHISTLE COMMAND was my second idea for this competition, after wasting the first half of the 48 hours on an idea that I ended up completely scrapping. Microphone input via getUserMedia was only very recently available, and I had been itching to use it in something, so I tried a simple prototype of controlling the position of a dot with the pitch from your microphone. I found it immediately engaging and built a little game around it with my remaining time. I did not have very much time for the graphics, which is... apparent.

It was the most positive feedback I've ever recieved in a Ludum Dare, winning first place in both the Innovation and Theme categories. It also led to a comment that I aspire to replicate with everything I build:

Oh my god this is such a great idea. I literally could not get past the rapid fire because I started laughing too much. I've never seen a mechanic convey laughter that well before. foolmoron on Ludum Dare

Ludum Dare 34 was unusual in that the two highest-voted themes were tied, and so it was a dual-theme jam -- you could use either or both themes in your entry. I knew immediately that I wanted to use both, and that I wanted to make something relaxing and chill. In the LD prior to this one (33), I started to partipate in the Jam rather than the Competition, which meant I had an extra day and could work with a team. This meant a marked increase in the quality of my art assets, as I could lean on friends who are much better at it than me! I also made use of bbatv's wonderful song ", isn't the rain nice today?" which adds a lot of atmosphere to the game.

thanks, I hate it!

With thanks, I hate it!, I wanted to create something that surprised you with what it was willing to do. I was looking for that moment of laughter when something unexpected happens. I also wanted to make something aggressively unpleasant, because that was how I read the theme - the more you play this game, the worse it is. It's sort of an incremental game that actively punishes you for succeeding.

On a technical note, I used this as an opportunity to try out Web Components, which I found very helpful for this format. I used a polyfill but otherwise focused on just HTML-standard web components, which I think were a great choice that allowed me to very rapidly prototype.

How can I help you?